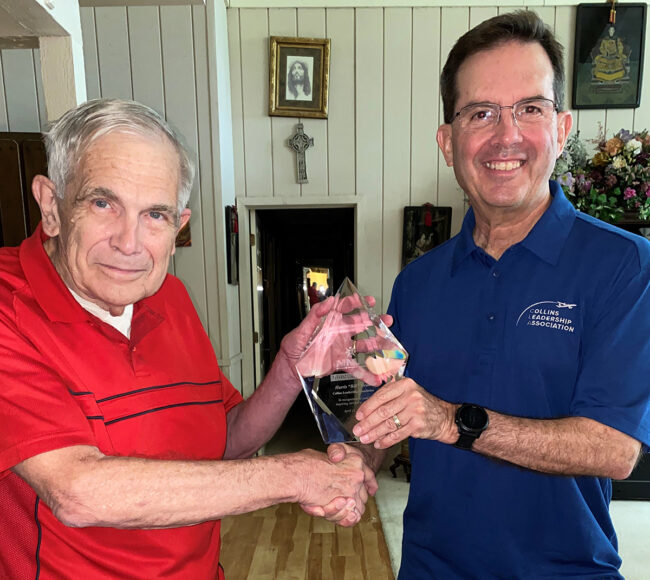 Following a Zoom ceremony in late April, Bill Swan’s well-deserved Servant Leader Award was delivered today to his home.  Bill is a former NMA Chairman and one of the longest serving and most involved members of the Collins Leadership Association: